Home Fragrance and it's History - The Olde Christmas Shoppe 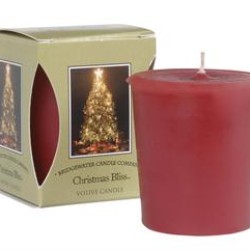 There is nothing like a scent to evoke a time or place, to trigger memories and to relax, comfort or inspire.

In recent years scent has become an intrinsic part of interior design and is often used to create an atmosphere or trigger a specific response – we have all enjoyed the smell of fresh bread in a supermarket!

But while the world of home scents is very much a growth business in this new century it is by no means a new phenomenon. The art of home fragrance has been around for 5,000 years.

In fact it is believed that scents were used to perfume the air before they were used to make bodies more fragrant in the days when bathing was virtually unheard of!

It seems that around 3,000BCE Egyptian priests used aromatic resins, an early incense, to mask the smell of sacrificial offerings and believed that such aromas could connect their followers to the gods but it wasn’t just the priests who had access to incense it was commonly burnt in private homes as well.

But the use of scent was not just the purlieu of the Egyptians, around this time the Romans, Greek and Chinese were also making full use of scent in religious ceremonies as well as in the home but it was the Greeks who made the step from home to hygiene and began to create perfume for the body.

The Church in Europe put a dampner on the fun declaring scent to be frivalous but the rest of the world carried on and many scents and ways of creating them were developed with the Chinese making maximum use for making people and places all smell better and even included it on their paper and in their ink.

It took the Crusaders to bring fragrance back to life in Britain by bringing home gifts of rose water and other aromatics, along with the skills to create perfumes, and the popularity of home scents grew during the plague era when it was believed that the diseases were hanging in the air where the smell was made and that clearing the air would provide some protection.

This was when the personal pomander came into being as people carried their own anti-plague protection with them as they travelled around. Early scientists and alchemists learned new ways to distil perfumes making them cheaper and more accessible and the art of perfumery soon overtook the art of home fragrancing in popularity until in the mid-20th Century synthetic air fresheners were created and were used widely to mask the smells of cooking and the then all-present tobacco.

Gradually the home fragrance business became more skilled and the scents more sophisticated until we now have access to candles, sprays, sachets and all manner of other ways to bring our favourite scents into our home on a daily basis.

Our popular scent sachets, sprays and candles by Greenleaf, Willowbrook & Bridgewater are among the best available at purse friendly prices! Browse our scent section on our website or pop into the Olde Christmas Shoppe and wrap yourself in the comfortable aromas while you choose the ones you want for your home. PS – They are not all about Christmas – although of course some of them are! 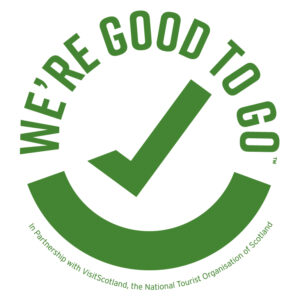